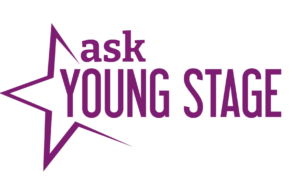 In which year did YOUNG STAGE take place for the first time?
In 2007 was the first festival. Then there was a two-year break – we had to set it up more professionally with all the experiences from the first year. Then from 2010 the festival took place every year until 2020, when it had to be cancelled due to the Corona pandemic.

What is YOUNG STAGE’s greatest vision?
Our original vision of becoming one of the most important circus festivals in the world has already come true to a large extent. However, we also have big plans to open a Circus Center in Basel and there our goal is to be one of the most important international centers for contemporary circus and to be the hub of the circus scene in Switzerland. We want to live and love circus, promote it, educate it professionally and let it flourish in various forms.

Up to what age can I apply as an artist?
The maximum age is 27 years during the festival. For duos or groups, the average age counts. This rule is strictly adhered to in order to have a fair criteria that applies to everyone. Downwards there is no fixed minimum age limit. However, we take great care to ensure that no children are invited who are not yet capable of performing independently as professional artists.

How many applicants does YONG STAGE get each year and how many acts are finally in the show?
In the last few years, around 400 – 450 performances with a total of around 600 artists from 60 nations have applied. In the competition show, 13 – 15 acts with about 30 artists perform. Fortunately, thanks to the open-air circus spectacle in the city of Basel, which has existed since 2018, we can invite many more artists.

What are the criteria according to which the acts are selected?
The artistic level of each discipline counts as the basis. The level of the performance must be very high. But then we also pay attention to the innovative content of the act, the story and idea behind it and, in any case, how the whole thing is presented, what happens between the artist and the audience. Does the artist touch the people, does a kind of “chemistry” develop between the audience and the stage, do you get goose bumps, are you “gripped” from the first second, do you smile, are you surprised? And in the end, authenticity of the whole also counts. Does the artist show us who he/she is?

How did the festival choose their participants even before the internet was so present?
We remember that very well, when piles of DVD’s arrived and we all unpacked them. The people at the post office always knew that YOUNG STAGE was again in the artist application phase – they would then laughingly give us a whole mail cart, which we drove across the street to the office.

Have you ever regretted choosing an artist for the festival?
No, never! All the artists who have performed with us deserve the space and the platform.

Up to what age can artists basically perform?
That varies greatly depending on the discipline. Someone who works acrobatically at a very high level is more likely to reach their physical limits over time than a clown or juggler.

Do you also plan to produce shows? Like the Festival Mondial du Cirque de Demain from Paris did every two years in Montréal?
Currently we are not planning any shows in other countries. But we are constantly working on expanding the festival and have plans to open a Circus Center in Basel, where many different shows will definitely take place. And we have been booking artists for many years for various shows in Switzerland and are quite often also more involved in the production and direction of these shows.

How did you build up your network or how do you manage to have so many bookers and producers coming to the festival?
That is the result of years of building up. Our team travels a lot in Europe, we visit festivals, circus schools and shows, network, take part in panel discussions and trade fairs and much more. That’s how we keep getting to know a lot of exciting people from the industry. And what’s more, word of what happens in Basel gets around very quickly in the international scene – and that has a corresponding effect. And last but not least, producers and bookers are actively looking for talent platforms and festivals to see the latest trends and also to expand their network.

Can you live only from the ticket revenues of the shows?
Absolutely NO! We have a lot of loyal sponsors, are supported by foundations and patrons and also by the Swisslos funds of the two cantons Basel-Stadt and Basel-Land. Without this support – and without many voluntary extra hours that our team puts in – YOUNG STAGE would not exist.

Why does YOUNG STAGE change the location?
There are several reasons. The main reason is that the Rosentalanlage in Basel will no longer be available for Circus guest performances in the medium term and we can use the time gained by Corona for a move, and thus proactively avoid the problem.

When will the application deadline for the festivals?
It will be begin of February of every year.

Where will the festival take place?
YOUNG STAGE will take place in the event hall of Messe Basel, which was built especially for big events and shows. We will build a real circus setting in the hall with a big grandstand and a round stage to create an optimal circus atmosphere.

Are you considering exporting YOUNG STAGE to other cities in Europe?
No, we are not planning this at the moment. YOUNG STAGE was founded in Basel and has grown up here. We do not have an expansion strategy outside the region, because in our opinion there is a risk that the brand will be diluted and the quality will suffer. And we don’t want to risk either of those things.

Do you have other projects besides the festival?
Yes, there are always other sub-projects running alongside the festival. We book artists for other shows, organize other shows/events in the city and day vacations in circus for kids, we are consulting in many fields etc. But the main focus is on the festival.