Every year, the 7-9-member festival jury consists of internationally active experts from the fields of circus, show production, dance and top-class sports. This is the Jury for the 14th International Circus Festival YOUNG STAGE 2023: 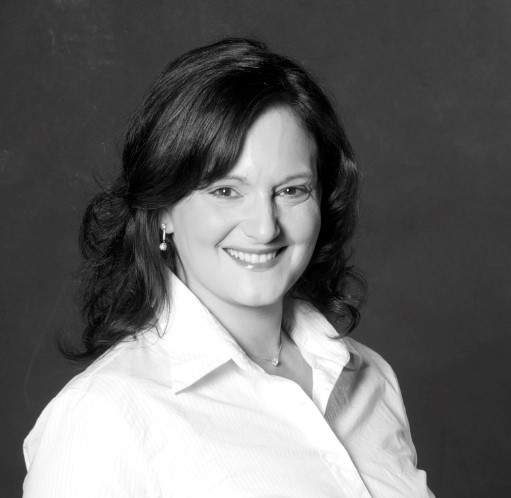 When Sandra Wawer interrupted her studies of industrial education and psychology in 2001 to go to Disneyland Paris for a year abroad, she did not realize how much this decision would influence the rest of her life. From then on, the world of entertainment would not let her go and she missed the magic of the stage until she decided to train as an event manager at the GOP Varieté Theatre in Hanover in 2007. At the side of the artistic director, she remained loyal to the company and was allowed to follow in his footsteps in 2022. Now, as artistic director, she will be responsible for the 25 different show productions each year and, together with the GOP showconcept team, will bring them to the stages of the seven GOP Varieté theatres and to various guest venues.

Adrian is currently the Head of Higher Education at the National Centre for Circus Arts in London. He is a former national squad gymnast who has been teaching circus for over 25 years. He teaches floor-based and aerial disciplines, specializing in hand to hand, Russian swing, Chinese pole and Icarian Games. He oversaw acrobatic development of artists for the Millennium Dome Show London, and went on to co-write the first iteration of the Foundation degree program at the National Centre.

As a circus performer, he has shown versatility as a trampolinist at the Royal Festival Hall; troupe Maison acrobat in several UK corporate shows; and several projects as an aerialist, notably John-Paul Zaccarini’s Hyperactive. Adrian has toured with Cirque du Soleil as head coach, as well as acting as choreographer/dramaturge. His freelance work includes collaborations with the all-female troupe Mimbre, the youth circus program at the Roundhouse London and the 2012 Paralympics closing ceremony.

Adrian holds the position of Board member with FEDEC and Jacksons Lane Theatre in London. He has a passion for the development of the next generation of circus practitioners. 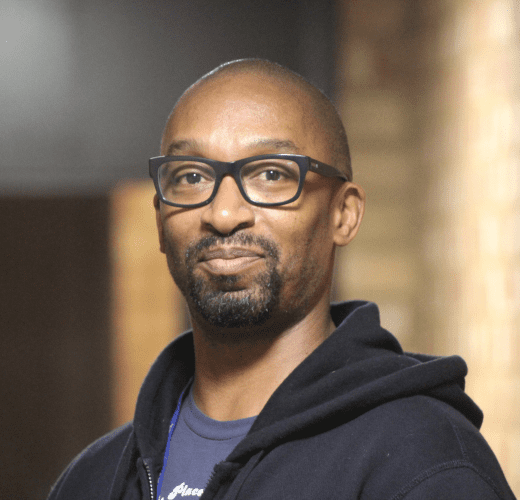 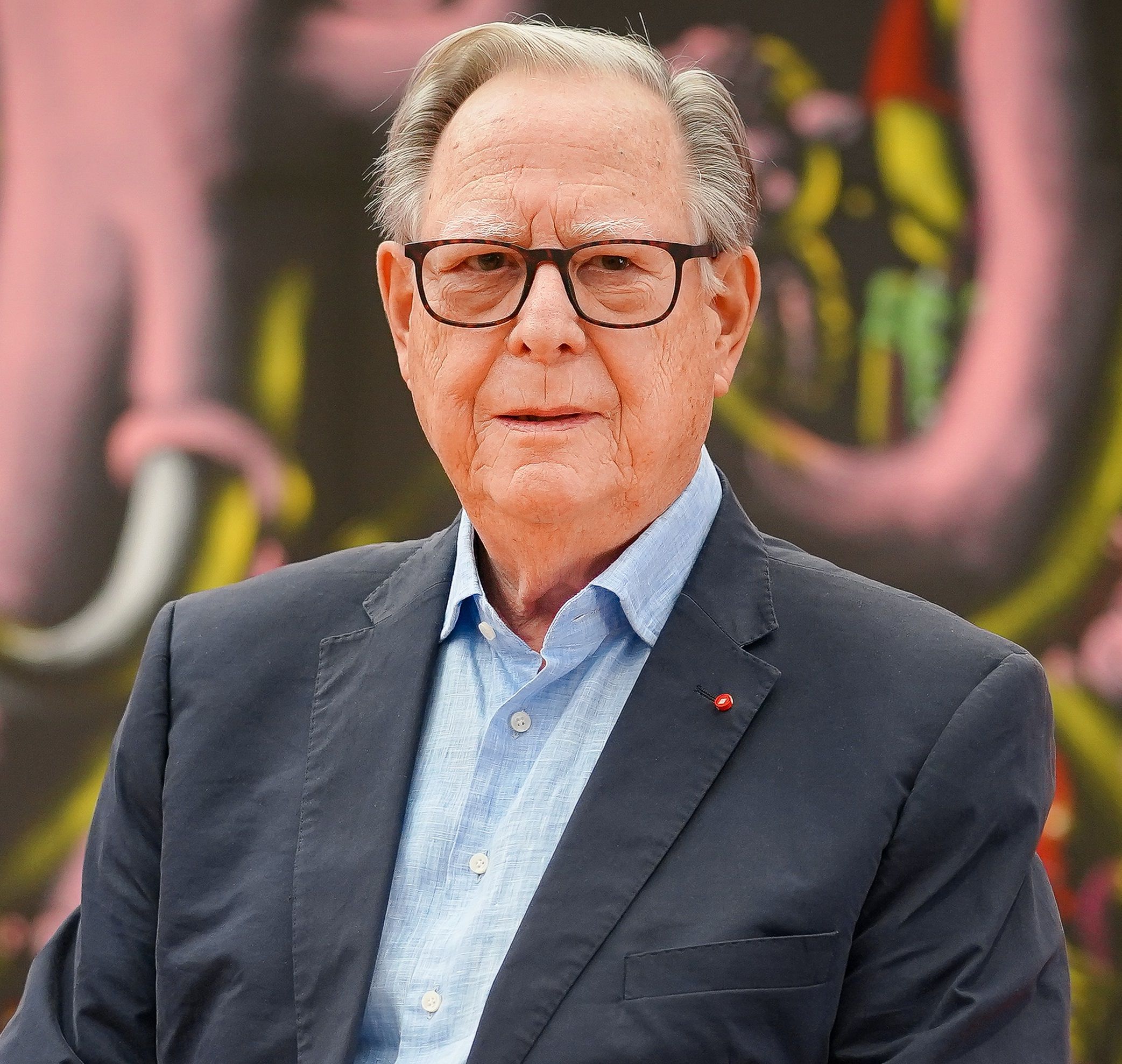 After school in Schaffhausen and Zurich, Urs Pilz went to England, Italy and Sweden for further training in the textile and fashion industry. Urs’ family has been connected to the Knie family for 4 generations. Thus, the circus has always played an important role. Through his professional activity in Munich, a friendly relationship and cooperation with Circus Krone developed. This led to the first contacts with the Circus Festival in Monte-Carlo and Prince Rainier, the founder of the festival, in 1975.

The first task was the coordination of the jury and the “circensic” information of the prince about the international circus events. Later, the responsibility for the selection of artists was added and, since 2005, the overall management of the Circus Festival of Monte-Carlo in collaboration with Princess Stephanie of Monaco. At the same time, further tasks in the field of circus arose, namely the presidency of the European Circus Association, ECA, and that of the Circus World Federation, Fédération Mondiale du Cirque!

Together with her father – Dimitri Clown – and her siblings, Masha Dimitri has been performing at Circus Knie since she was a child. It was obvious that she trained to become a professional artist with a major in slack rope at the Circus School in Budapest (HUN). After two years she changed to the Accademia Teatro Dimitri in Verscio to study Physical Theatre additionally.

In the summer of 2016, she performed with her father in the open-air theater “Sogni di un’altra Vita” on Monte Verità in Ascona (directed by Livio Andreina). This was followed by the premiere of her latest solo program “La Coeurdonnière”, a clownesque play without words (directed by Yves Dagenais). For over twenty years Masha Dimitri has also worked as a director and choreographer. She has assisted Dimitri as choreographer and assistant director in various Monti programs (1998, 1999, 2001 & 2004) and has directed for various vaudevilles of the Accademia Teatro Dimitri as well as several times for the Compagnia Teatro Dimitri. She has also directed the three family shows “La Famiglia Dimitri”, “DimiTRIgenerations” and currently “La Famiglia Dimitri 3” together with the family, in the first two of which she also performed as an artist and musician herself. For Circus Monti she is directing for the second time after 2007 – this time together with Faustino Blanchut. 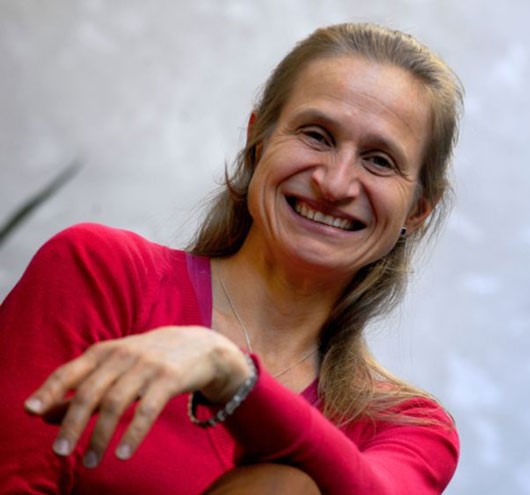 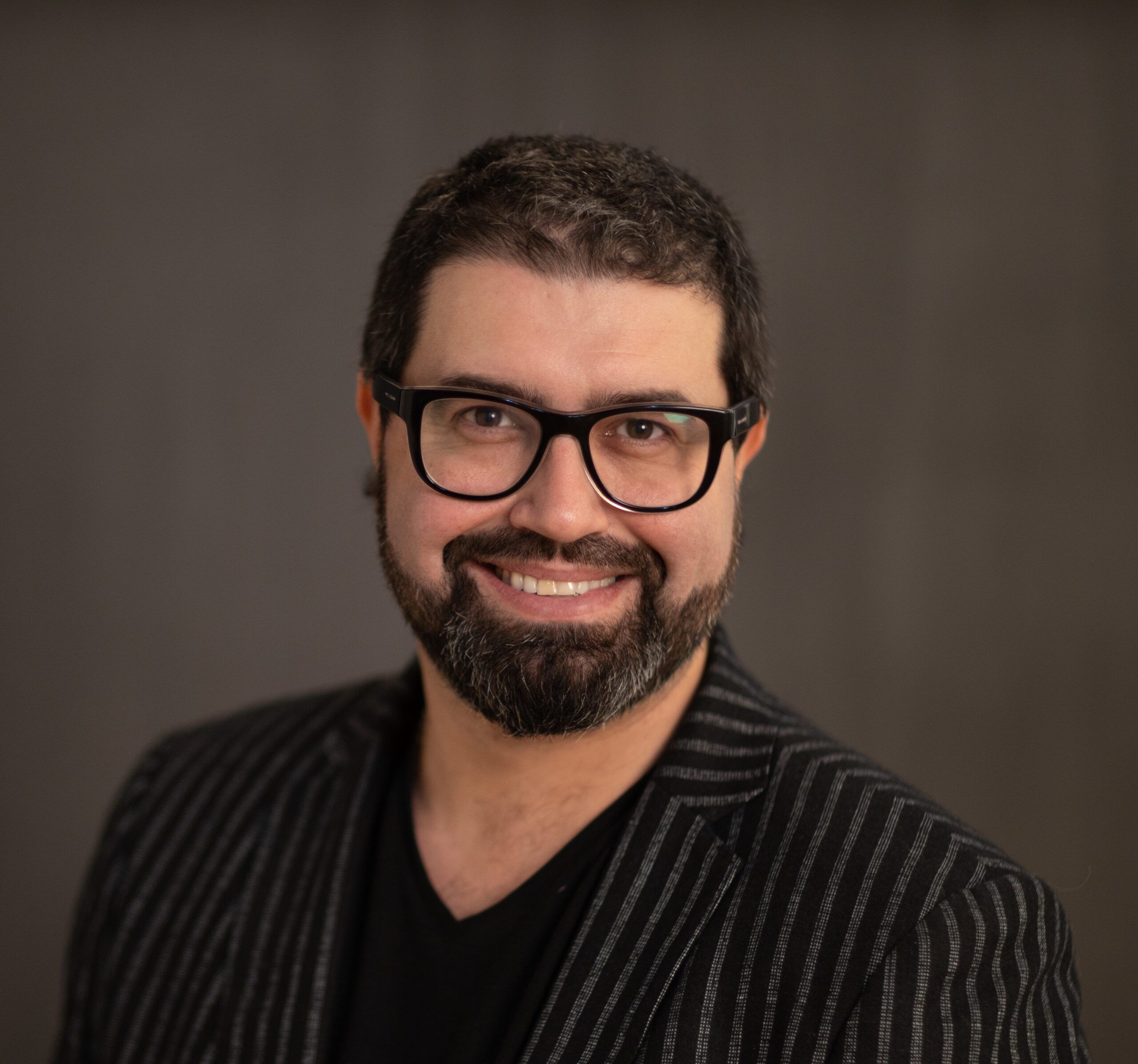 Pavel Kotov is a former world-class acrobatic gymnastics athlete and Judge for the International Gymnastics Federation (FIG). He performed in the Russian Bars act of the Great Moscow State Circus, and after finishing his artistic career, held a number of positions in Public Relations and Marketing in the industry of sports and fitness. Current member of the Board of Directors of Gymnastics Canada. Pavel was invited to join the Casting Team of Cirque du Soleil in Montreal, Canada in 2004.  Currently, as the Senior Casting and Artist Management Director, he is leading the team responsible for recruiting of artists for all new creations and existing shows of Cirque du Soleil Entertainment Group.

Twice World Professional Pair Skating Champion and Former Olympic competitor. Ian has used his 25 years of experience as an artist to create more than 60 shows with varying styles for Europa Park. Ian has worked for 9 years as Europa Park’s ‘Director of Entertainment’, and starts now the new Europa Park challenge to be part of the opening team of MACK ONE FRANCE, situated in France, but only 30 minutes from Europa Park.  Ian now shares his time between the French creative offices and creating and directing shows for Europa Park and other shows around the world as part of the Blue Banana Entertainment portfolio. The Young-Stage festival has provided a valuable platform for many superb artists to show their ability to combine artistry with creativity and physical excellence, and with more than 30 artists having gone on to show their talents at Europa Park, Ian will be again looking to make sure this year is no exception. 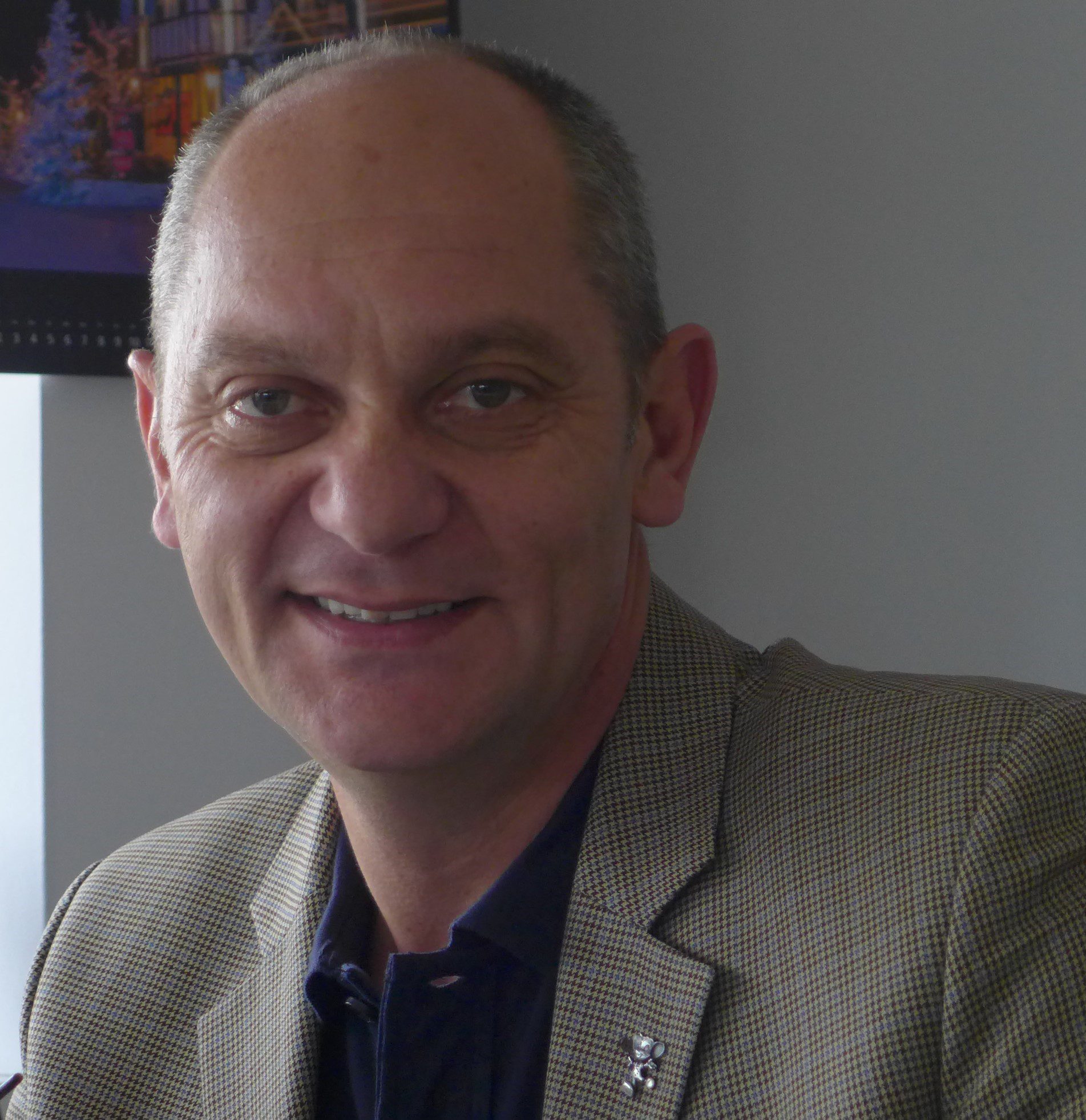 Kristian Kristof has worked in the field of circus and performing arts for 35 years. Main prize winner at 12 international circus festivals as the „Gentleman Juggler”. Artistic director of the Budapest Circus Festival from 1996 to 2012. Circus consultant and choreographer for Disney Pictures for DUMBO, directed by Tim Burton. Production director for the creation of „Mandana, the 2019 touring show of Circus Krone. Kristian worked on the casting of 120 international performers for the closing ceremony show of FINA 2017 titled „The Legend of the Golden Stag” and worked as circus consultant on „My Land” written and directed by Bence Vági. Professional leader of the cirque danse course development at Recirquel Master Studios. Advisor for ECA, the European Circus Association for the relation development between the traditional and the contemporary circus industry. Kristian Kristof holds an MA in Directing Circus from the Bath Spa University, UK.

In 2013 Andréanne Quintal founded the show company Spicy Circus. After 20 years of trampoline competition, she is a pioneer in Trampo-Wall. She is breaking barriers and introducing this new circus discipline to the world. Her creations are seen by millions of spectators around the world. She won several awards and medals in circus festivals, such as the prestigious Festival International de Cirque de Monte Carlo. Her years as a performer with Cirque du Soleil and several European circuses allowed her to make the artistic direction for shows around the world. Over time, the producer in her takes off. In the last few years, Spicy Circus has organized more than a dozen tours around the world, including with the Circus KNIE in Switzerland, Flic Flac in Germany and Big Apple Circus in the United States. She now shares her knowledge with the cultural industry through her conferences created with her colleague David Girard «Had I Known | Management for ROCKSTAR»